Back to All Articles

Many people know Maryhurst for our residential campus where 70 young women live, participate in therapy, and practice the life skills necessary for healthy and independent lives.

What some may not know is that for more than a decade, JCPS has operated a school on campus called Maryhurst Academy. Maryhurst Academy, named for Maryhurst benefactors Mary Jo and William MacDonald, is part of Jefferson County’s State Agency Children’s Programs collection of schools.

Dr. Lewis visited Maryhurst Academy earlier this month to hear from students, tour the facilities, and learn about the various academic approaches and behavioral models that have made the school successful.

Named a ‘Best Site for Alternative Education’ by the Kentucky Board of Education, Maryhurst Academy graduated more students in 2018 than in any year in the past decade.

To learn more about Maryhurst Academy, visit this page. 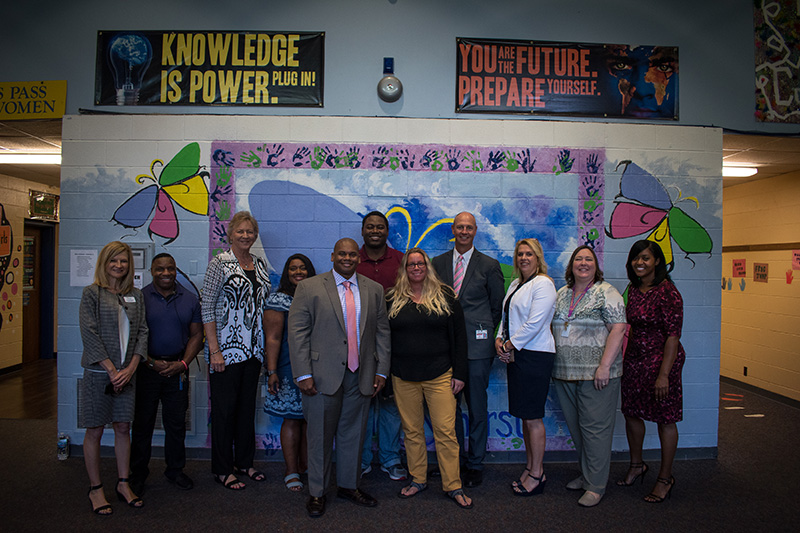 Believing in the affirming power of art, Maryhurst Academy has completed a portrait painting project with students that’s exhibiting this month at...

Summer 2021: Outdoor Volunteering is Back!

One of the numerous unfortunate effects of the COVID pandemic has been the loss of Maryhurst volunteer projects led by external groups. These types...

What Horses Can Teach Us: A Collaborative Program with Boys and Girls Haven

This fall, Maryhurst entered a partnership to bring the Boys and Girls Haven’s Equine Vocational Training Program to the youth participating in...

The effects of truama on a person can be complex, enduring, and difficult to navigate. Brain science has taught us that trauma can literally...